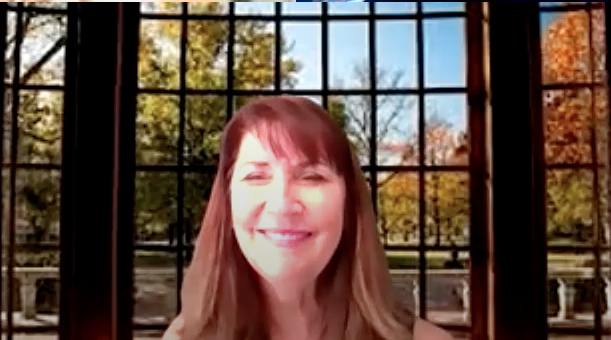 AVJ sat down with Pleasanton mayor candidate Karla Brown to get some further insight on what she plans to do as mayor, if elected.

Long-time city council member and proud local, Karla Brown is running for Pleasanton Mayor in the 2020 November election. Her campaign emphasizes working towards clean drinking water, supporting local businesses, and utilizing her efforts to slowly grow Pleasanton into its best version of itself.

“So I think that’s because I really try to listen to the residents and stand up for what they want instead of telling them, no, this is what you want. You know, it’s a very different way to do leadership. I’m in charge and I know what you want versus what you want. You tell me and I’ll make it happen,” said Pleasanton Mayor Candidate Karla Brown.

Water has always been a big issue throughout our lives in Pleasanton, and that is because there have been traces of Teflons and PFAS in the water. These chemicals are harmful to the body, and too much of it can cause liver damage, and more complications.

“The important thing is I know a lot about water and a lot about water purification. And so we’re figuring out how to remove that. And one of our wells, we have three city wells and one of them has PFAS contamination. We shut it off as soon as we found it. It doesn’t provide water to anybody. Safety is number one always,” said Brown.

Ever since COVID-19 started, many businesses have started to close down. With Pleasanton downtown holding many privately-owned business, Brown has contributed to these shops that hold upto 25 employees up to a $20,000 loan for them to keep open.

“So those are really important to me and I think to residents, too. They see downtown as like this window into the economic health of Pleasanton. And if you see it all boarded up or you see a lot of vacancies and and, you know, graffiti, you think, gosh, it’s just not a great quality place to live. So that’s what people really look at [in a] downtown. And it’s really meant that that eye into our economic health,” said Brown.

Brown is very adamant about sticking to what residents want, and her goals for Pleasanton include her vision of improving the vibrancy of downtown, and having a slow expansion of our city. She talked about endorsements, and has laid down her new pledge regarding money from big companies.

“I will not accept donations from builders or developers and aim to influence my votes. And I think that’s really important for you to know because you want independent decisions that are standing up for residents, not ones that have a cozy relationship with somebody [who] is trying to [start] a project in Pleasanton,” said Brown.

Brown is passionate about improving the community, because though her actions are quick, they live on for years. She is a local resident, and her three daughters have also attended Foothill High School.

“We have a really incredible community. It’s ranked it’s award winning. It’s ranked as one of the best downtowns. We’ve got some of the most highly qualified schools. And in Alameda County, I think Pleasanton is ranked number one in Alameda County for all our schools…we’re doing something right. Right? So let’s not mess it up. What we’re doing right, I think, is we’re doing carefully planned development and growth,” said Brown.

Brown is breaking stereotypes as she runs, because if she does win, she will become the second female mayor of Pleasanton, after Jennifer Hosterman.

“I’m a female and I’m running against all men. I’m the ninth female to ever be in city council and I will be the second female mayor while I’m elected mayor. Women should be there. I love that we are just as smart and, oftentimes, harder working, and oftentimes smarter. But we do take those leadership roles just as equally and half the time as men. So this is one of the opportunities I’m running for females in Pleasanton,” said Brown.

Brown has won over the support from many Pleasanton residents and families, including former mayors Jennifer Hosterman and Frank Brandes. She works hard by being accessible to people who try to contact her.

“I know I’m standing up for what’s right. I know I stand up for what most residents want in Pleasanton. So it’s that passion in that support that keeps me. I’m going forward and saying I’m doing the right thing,” said Brown.

She compares the growth of a city like taking care of a garden: one needs to cut out the weeds regularly for the garden to really shine.

“If you just let your yard grow and you don’t take care of it, it’ll be full of weeds. And the same is true. If we don’t watch it and watch it closely, people who just want to make money off of it will make their money and be gone and we’ll be left with the weeds. It’s really important. Tend our garden,” said Brown.