Who is ‘Anonymous’ and what are they doing? 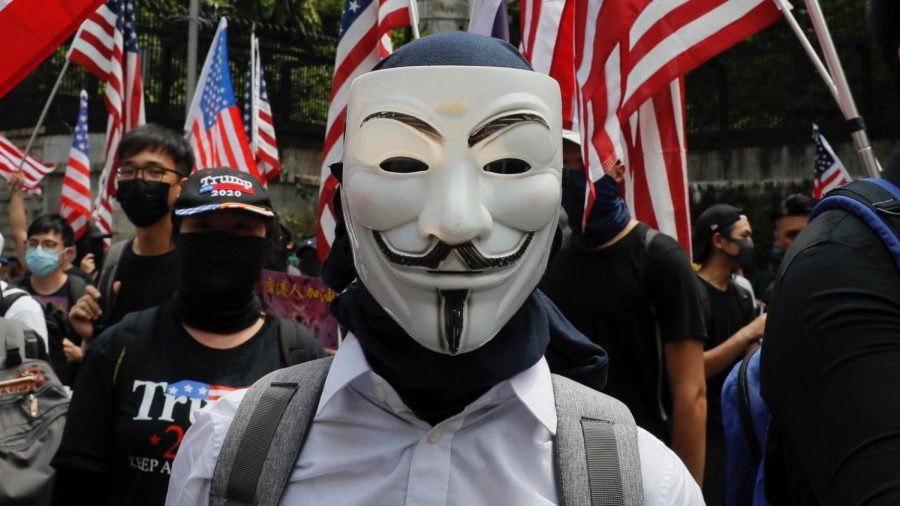 The recent murder of George Floyd by four Minneapolis police officers sparked what many are calling the “most widespread racial turbulence and civil unrest since the assassination of Martin Luther King in 1968”.

People in cities across the nation have taken to the streets to protest in demand of justice for Floyd as well as permanent action against police brutality. Among this movement, a “hacktivist” group called Anonymous has returned after years in the shadows.

The group, with the tagline “we are legion”, is a decentralized collection of activists wearing a Guy Fawkes mask who publicly target those who they believe are abusing their position of power. They do so by conducting cyber-attacks such as hacking and hijacking.

Anonymous has been acting on various issues over the years since 2006, but their first widely publicized operation was “Project Chanology” in which they leaked a video from the Church of Scientology and organized denial-of-service attacks, prank calls, and black faxes with the goal of protecting free speech and end the exploitation of church members.

They have also conducted operations to support the Arab Spring protests, the Occupy Wall Street protests, and acted on previous race issues such as the 2014 shooting of Michael Brown and releasing information on members of the Ku Klux Klan online.

They announced their return to the public on May 28th with a 4 minute long video posted to Twitter and Facebook, which attracted millions of views.

In the video, they called out the United States’ widespread police brutality, and directly addressed the Minneapolis Police Department for being among the most violent and corrupt departments.

They promised to expose the crimes of many police departments to the world. The video sent twitter into a frenzy, and the circulating hashtag #anonymousisback quickly made it to the trending page.

Since then, they have conducted a series of cyber attacks focused on the Minneapolis Police Department.

The website for this department became inaccessible as a result of a distributed-denial-of-service attack, and a Twitter account that is presumed to be affiliated with Anonymous confirmed that this attack, as well the hacking of Chicago PD radios, promises to expose Ferguson PD, and the release of documents highlighting Trump’s crimes, were conducted by the group.

They also leaked the personal addresses and phone numbers of many members of the Minneapolis Police Department. In addition, they hacked the United Nations website and the World Health Organization’s website.

There are many twitter accounts that claim to be affiliated with this group, with the most popular being @YourAnonNews, which has over 7.6 Million followers.

@YourAnonCentral is another popular twitter account with 6.5 Million followers. Both accounts post news focusing on the #BLM movement, but they also talk about other issues such as the Syrian revolution, information on Trump and Epstein, and various worldwide protests.

The reemergence of Anonymous has been a symbol of hope in the Black Lives Matter Movement, as many believe that the group will aid in the effort to change the system of police brutality and corruption that has been present in the United States for too long.