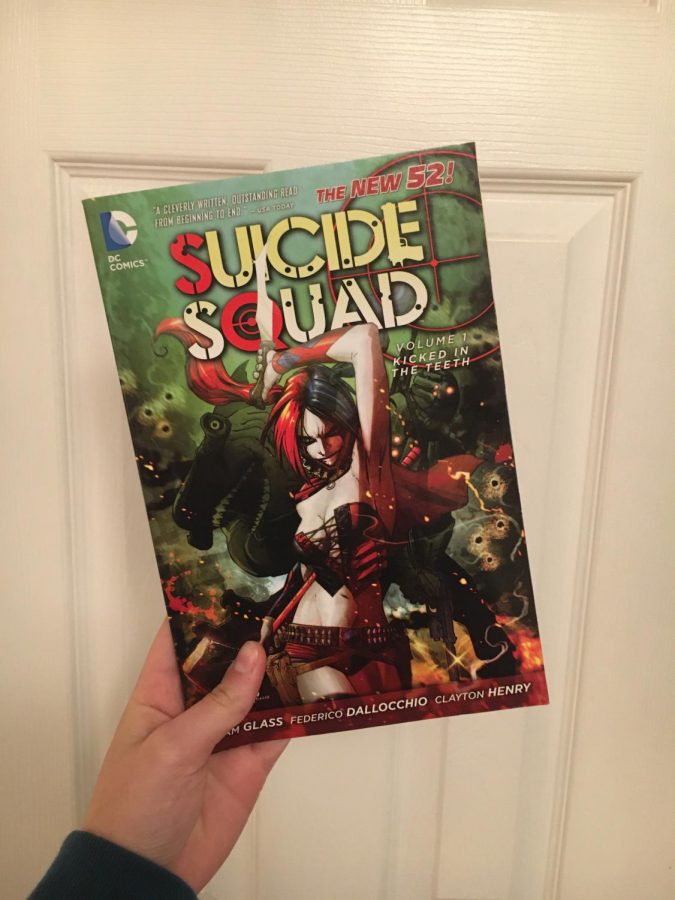 As a fantasy nerd, I love comic books and movies—but as a girl, sometimes that’s hard. Growing up, there weren’t many female characters on screen that I could look up to, and when there were, they were more oversexualized sidekicks than anything else.

That’s gotten better over time. Wonder Woman (2017) was a huge step forward as a female-led and directed superhero movie. Ant-Man and the Wasp (2018) was the first Marvel movie with a female character in the name.

Captain Marvel (2019) was the first Marvel movie led by a female hero. Growing up, Black Widow was one of the only on-screen female heroes, but now the MCU and DCEU are expanding their horizons and including more women in their films.

Still, as more female characters are added to the roster of heroes, they all start to seem one-dimensional upon closer examination. Every female superhero seems to be cut from the same cloth.

Firstly, they are, for the most part, still oversexualized, intended for the male gaze. Secondly, few of the female on-screen superheroes have any real depth or meaningful flaws. This renders them paper-thin and uninteresting.

“I think a lot of the time we get this image of a woman who is a man but in a skin-tight suit. That’s not what makes a woman strong. What makes a woman an interesting character is not being perfect, it’s being a person with actual character traits who can do things and has opinions and autonomy, and a lot of the time we just don’t see that,” says Rebecca Stumbo (‘21).

I think this is because there’s still an assumption in our culture that comics are for men, so our female characters are catered to the male gaze.

Their costumes tend to be skimpy to provide eye candy for their male viewers, and the moment they have tangible flaws, men start to think they’re dislikeable. So while male characters on screen are allowed to be morally grey, women have to be vanilla and sugary sweet.

When they break out from this mold, there’s backlash. Take Captain Marvel. If a male character was stoic, sassy, and powerful, there wouldn’t be a problem, but since she is a woman, she’s stiff, emotionless, overpowered, and dislikable. 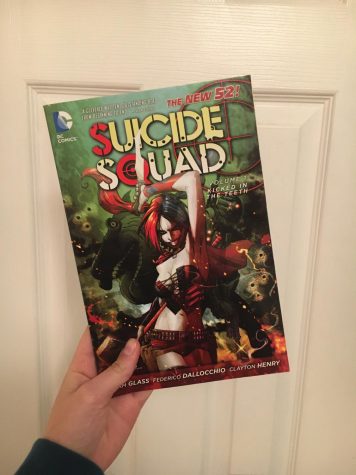 This poses a problem for girls like me who love antiheroes—who watch Deadpool over and over again for the laughs and story that only a morally grey character can provide, and who think Iron Man is the best Avenger partially due to his real, palpable flaws.

I want female characters who can have that depth, but finding them is surprisingly difficult.

Enter Harley Quinn. In 2016’s Suicide Squad, she was a bright spot in an otherwise disappointing film. Margot Robbie’s portrayal truly did the character justice in all her psychotic glory.

I still had some gripes—the film was still almost entirely male-led, and her costume is almost as oversexualized as her outfit in the comics—but she was a female character with plentiful flaws and surprising depth, and she instantly captured viewer’s attention.

That’s why I was thrilled when I saw the trailer for Birds of Prey (and the Fantabulous Emancipation of One Harley Quinn). After seeing the movie, I loved it even more than I thought I would.

Birds of Prey boasts a mostly female cast full of complex women who are neither all good nor all bad, which is a refreshing change of pace for female viewers. Furthermore, Harley finally breaks out of her mold as the Joker’s sidekick and thrives on her own.

But that’s not the only thing I loved about Birds of Prey. The movie is told from Harley Quinn’s perspective, which allows for not only a disjointed narrative structure due to Harley’s fractured mind, but also a fun, feminine twist.

Harley blows up a chemical plant, and it explodes like fireworks in rainbow colors. Harley shoots capsules full of glitter and bright pigments that blow up upon impact and spray sparkles through the air. The costumes are cute and fun, but they don’t cater to what a man wants to see.

I think that’s part of what makes Harley so captivating to female viewers. She’s tough, smart, and sassy, but she’s also fundamentally feminine. She has fun with her clothing choices and makeup. She’s maternal, but that’s not shown as a weakness. She wants to be loved, but she always seems to find it in the wrong places. These are things that make her relatable to women, not attractive to men.

Furthermore, Harley is deeply flawed. She’s selfish, erratic, and more than a little insane, but those things make her fun to watch. These are things that we’ve seen before in male characters, but it’s refreshing to see a female character on screen be something other than perfect.

And that’s what’s so important about Harley Quinn’s character and Birds of Prey. It’s a comic book movie that was clearly made for women, from the costuming to the plot to the cast of characters to the choreography.

In it, Harley Quinn becomes a person, a main character in her own right, not just a sexy sidekick. We need more movies like Birds of Prey that have complex, flawed female characters, and that aren’t afraid to push boundaries. We need movies made by women, for women.

So, move over, Joker—comics aren’t just for boys anymore, and super villains can be any gender.