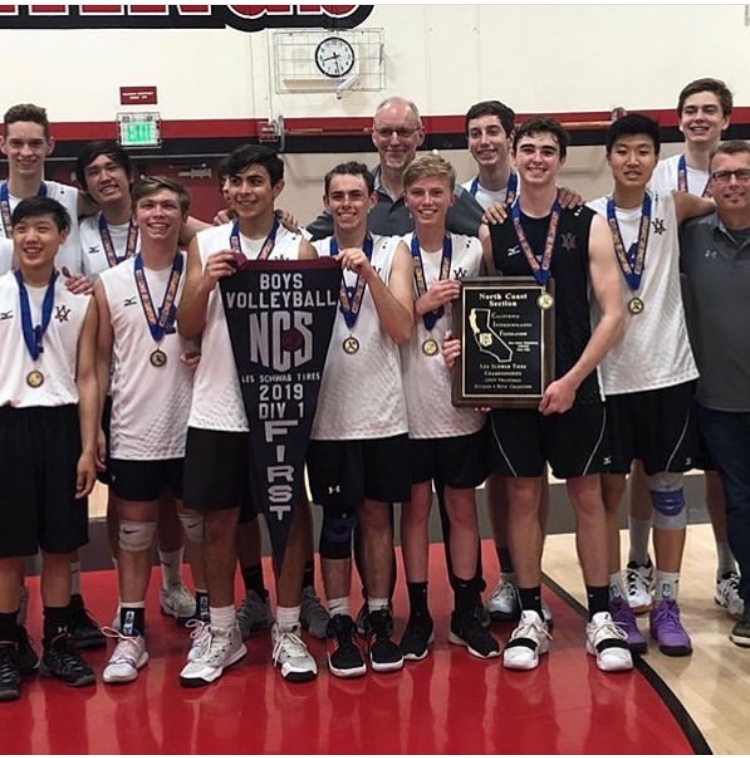 While the first games against Monte Vista resulted in a loss, the comeback game that really mattered pulled through winning Amador the NCS Championship title yet again.

This season, while the boys team did not win League, they were able to pull out an outstanding win against Monte Vista who was ranked first in league while Amador was ranked second.

“This season was very fun but a little scary sometimes. We did lose to Foothill High School which was disappointing and the losses to Monte Vista were overall very exciting. Going into NCS finals I wasn’t expecting a win in 3,” said Megan Bouchard (‘20), coach assistant of the team.

“I’m really excited for next year. We are losing some great seniors, but we still have a great group of underclassmen right now who are just going to get better,” said Megan Bouchard (‘20).

Amador is very proud of their Boys Volleyball team and are looking forward to next year’s season as well!