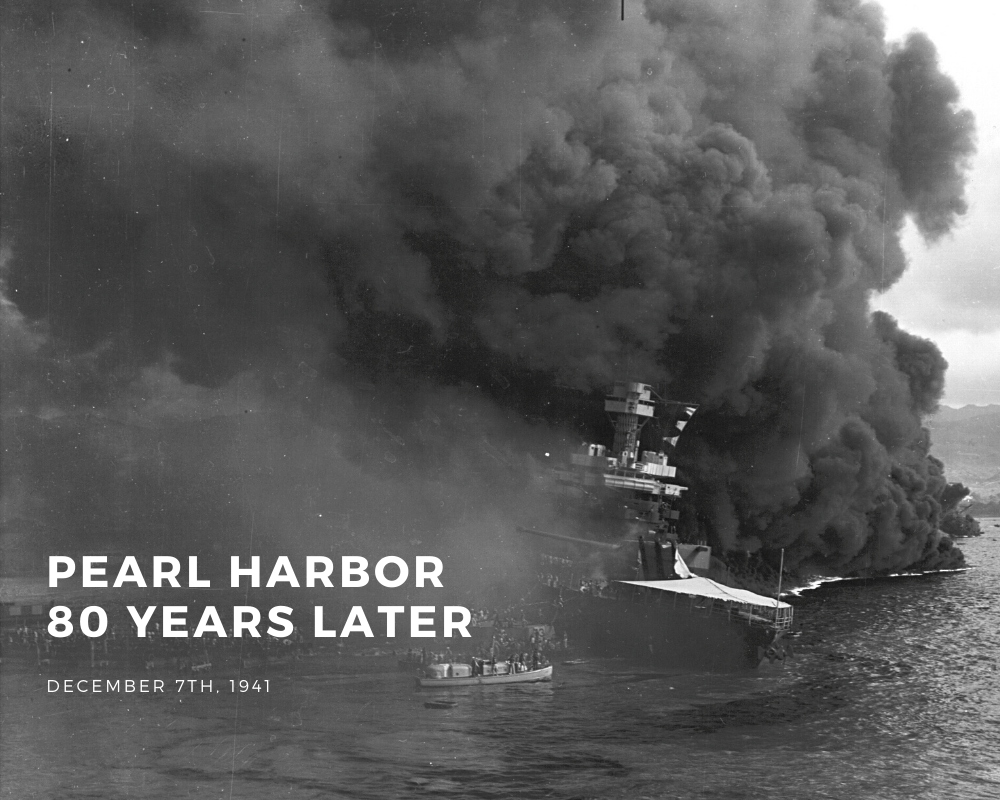 2 sides to the story

On December 7, 1941, Japan attacked Pearl Harbor, killing 2,403 Americans and injuring 1,143. This year marks 80 years since then, and in remembrance, we provide two perspectives on the day that would live in infamy.

“Pearl Harbor is something very painful. Why did the government even start – I know there’s a reason, all those trading things but still, the whole entire thing is nothing positive to Japanese citizens,” said Amador Valley Japanese teacher Reiko Murphy.

“At that time, it was at the end of the European history [of colonization] that they stopped invading other countries. They did all those things in the past years but they kind of stopped doing it. And then Japan wanted to join and have — not citizens, just military because citizens are never interested in the war — they went into the war because they didn’t have any resources. Japan doesn’t have any resources, but still it’s not right.”

“Overall it’s my opinion and also the majority of Japanese people’s opinions they’re really against the war, period,” said Murphy. “And then what happened in World War II, the citizens usually don’t have a choice, the war starts or just like here too we don’t really have a choice to attack if we choose to. They suffer so much, citizens, little sons and fathers.”

“I’m from Hiroshima so I’ve seen, we went to museums, even though it happened in 1945, but still, for my city about 100,000 people were killed by the atomic bomb, and the entire war too including Pearl Harbor is just very painful to Japanese people, so they don’t even speak about it. It may be good and bad but sometimes that if we don’t talk about it then government does whatever they do, all I think is really the Japanese all think the whole war was just awful,” said Murphy.

Destruction to Japan was widespread, including bombing raids on Tokyo considered the deadliest raid in the war.

“The truth was [the] entire Tokyo was bombed – because a lot of people don’t know but – entire of Tokyo bombed and a lot of citizens all completely bombed. So the entire war was just terrible and nothing that Japanese citizens earned,” said Murphy.

“We built unnecessary animosity between the countries,” said Murphy. “The Japanese side is just we feel pearl harbor is against [beliefs,] but comparing to the entire country being completely bombed as a punishment, that is really scary as a citizen because they’re not the military, they’re like children, but I dont know…It’s just a gruesome war. It’s not the American citizens’ choice either.”

“December 7th 1941 was a surprise attack on our country that was neutral at that time. Until the Japanese attack on Pearl Harbor our country has been significantly in the isolationist camp,” said Amador Valley World and U.S. History teacher Jill Battilega.

The U.S. embargos on scrap metal and oil, freezing of Japanese assets in banks, and failed negotiations between the Japanese and the diplomatic group sent by Roosevelt were all signs that the two nations were headed away from diplomacy towards conflict.

“At least at Amador Valley, in sophomore year, we try to emphasize that it was the Japanese motive to attack the United States to be able to have autonomy in the Pacific, that’s how they saw it to rid what was standing in the way of being able to gain power, security, resources,” said Battilega.

“If we look at how when the first wave of the attack began, I used to when I went and taught in San Diego had a veteran speak with my students. He talked about watching one of the Japanese planes, one of the Zeros fly over, and his first thought was, ‘Wow the Navy’s having straight-up. legit drill, like, there’s suns on the planes.’ [He said] I think we didn’t really understand we were under attack until men started falling around me,” said Battilega.

“I think if we’re thinking about it on that day, it was inconceivable, and some of it could be rooted in racism. It was inconceivable for the United States to believe that the Japanese would have the power and the will to attack,” said Battilega.