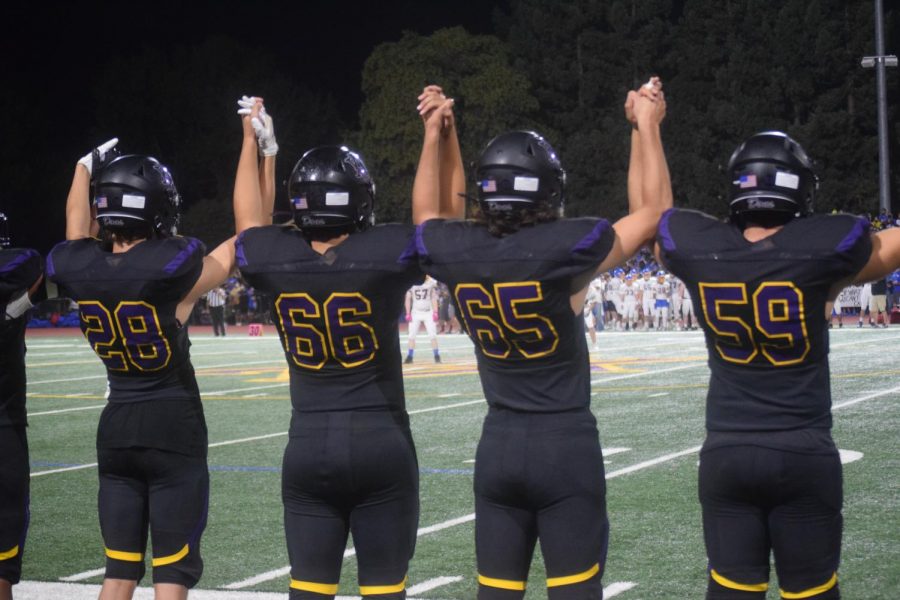 "When you’re in the fourth quarter and it’s 7-7, I think the team that has high character is going to come through and win that game," said Coach Danny Jones.

On Friday, September 16th, Coach Danny Jones decided to cancel the freshman football team’s game after incidents that have continued to call into question student maturity and responsibility.

“There was four, five, six things that…kept happening. I think that’s kind of where I drew the line,” said Jones.

One of these incidents involved online messages sent to the JV girl’s water polo team.

“COVID-19 has impacted everyone. That’s not to give anyone an excuse, but I think that definitely should be factored in here because I don’t think they knew how to talk to women, and I think they don’t understand that level of social norm that comes with respect and interaction with people,” said JV girl’s water polo coach Tim Reilly.

“I can’t look inside the heads of these guys but I can say that consistently across anybody [you] have to understand responsibility. If you do something wrong, then you need to be told, and there needs to be some kind of disciplinary action,” said Reilly.
Dual impact of COVID-19
COVID-19 impacted teenagers in numerous ways, including limiting needed social interaction.

“If you think about seventh graders, [who] were out March of their seventh grade year, those seventh graders are now freshmen,” said Reilly. “I’ve had discussions with other staff here and in my travel to other tournaments with teachers in the Central Valley and there’s been a consistent theme. There is immaturity that has come with this shelter and place that took so long, you know, 18 months, that you’re now seeing it manifest itself.”

Another impact of the lockdown was increased reliance on social media.

“Especially during the pandemic, I believe, being isolated, the only thing our students could communicate with others with was through social media. So if you weren’t on Tiktok before the pandemic, you certainly were throughout and after, so I believe that that played a big part in the vandalism that’s going on in the school’s today,” said Amador Valley PE teacher and girl’s golf coach Mary Scavone.

Especially as social media trends glorify destructive behavior, the school has had to deal with countless incidents of student vandalism.

“I believe we are going through a crisis right now because of the Tiktok challenge, and I know students were encouraged to post their vandalism through Tiktok,” said Scavone. “Is this normal behavior? No, it’s not, vandalism in the bathrooms and pouring Kool-aid on the floor, I wouldn’t say that that’s normal behavior or acceptable behavior.”

Students who are caught face direct disciplinary action. However, the student body and the school district feel the aftershocks of the consequences.

“Students weren’t using the bathrooms properly and we had to close down the bathrooms. I know that there was a huge expense in preparing our school to get ready during COVID, just [for example] spending money on those soap dispensers,” said Scavone.
Coaches surge onward
In light of all this, coaches continue striving to shape their players into not only better athletes, but better people.

“I view my team as my family; they’re all my daughters, and I want to make sure that long after sports when they’re out in life, they learn something from sports. And if it happens to be discipline and accountability, I’ve done my job,” said Reilly.